Much has been made of the dazzlingly wealthy foreign buyers who snap up luxury condos in New York City and Miami; breathtaking beach houses in Honolulu; and sophisticated modern estates in San Francisco and Seattle. For many of the international elite, money is no object when it comes to U.S. real estate.

But foreign-resident buyers and recent immigrants closed on far fewer properties in the 12-month period ending in March 2018—by about 21%, according to a recent report from the National Association of Realtors®. They spent $121 billion on 266,754 properties—making up 8% of the buyers of existing (previously lived in) homes.

The report was based on surveys filled out by more than 7,700 Realtors. It looked at existing-home sales from April 2017 through March 2018. The report did not include the pricier new-home construction, which has long been a favorite of international buyers.

“It’s a factor of what’s going on outside of the United States, more than what’s going on within our borders," says real estate attorney Edward Mermelstein of One and Only Holdings, who says most of his clients are foreigners. Many parts of the world have experienced "significant amounts of political instability," he notes.

How much are foreign buyers spending on U.S. real estate?

Foreign buyers and recent immigrants tend to spend more than homegrown Americans on real estate in this country. They dropped a median $292,400 in the same period. That's nearly 17.3% more than the median for all buyers.

And while homes under $300,000 may sound modest for many high-priced markets, the report didn't include sales of newly constructed homes. That means it left out many of the brand-new, beachfront high-rises in Miami or custom-built homes on the West Coast.

Who's buying the most U.S. real estate?

Chinese buyers snagged the most residential real estate in the U.S. among non-native buyers, dropping $30.4 billion on about 40,400 units. That was a 4% annual decline.

"The slowdown came from purchasers from Canada, Mexico, the United Kingdom, and other countries," says Gay Cororaton, a research economist at NAR. “Chinese buyers and Indian buyers have been able to weather higher prices."

But that may be changing as the Chinese government has been cracking down on how much money leaves the country. That's made it difficult for Chinese nationals to come up with enough to purchase a desirable American home in a big city.

What kinds of real estate are foreign buyers looking for?

Lynn works primarily with Chinese and South American buyers who are looking for newly constructed, high-rise condos with luxury amenities in Manhattan for $1.5 million to $2 million. These buyers want homes for their children to live in while attending American universities, or investment properties to rent out.

Two years ago, Lynn had a Chinese couple close on a $4.3 million condo in the city that they bought for their teenage daughter, who they hope will attend Columbia University—even though at the time, she was too young to even apply.

Lynn's foreign clients nearly always pay in all cash. Nationally, about 47% of sales to international buyers and immigrants are cash sales, according to the NAR report, compared with just 21% overall.

Where are foreign buyers purchasing homes?

The top destinations were Florida, where 19% of such purchases were made; California, at 14%; Texas; at 9%; and Arizona and New York, at 5% each.

Even in Florida, Sarasota-based attorney Jo Ann Koontz has seen about a 15% to 20% drop in the number of foreigners and newly arrived immigrants buying property.

Many of her clients at Koontz & Associates hail from the United Kingdom and Canada and are after new beachfront condos or new, single-family homes in resort-style, golf course communities. They typically spend between $350,000 and $550,000.

"People are waiting for the [British] pound to come back up ... before they're willing to pull the trigger," Koontz says.

What does this mean for local buyers?

Those who are still buying are typically not looking at the same kinds of communities the locals are clamoring for. They're seeking out more full-service communities with lots of amenities and on-site property management companies to make it easier for them to rent out the properties—versus regular, older houses in the suburbs

And these foreign ballers often aren't competing with locals on a budget.

"There's such a small percentage of individuals who can afford these residential properties in these major markets ... where the prices are substantially higher than what the typical buyer is going to be spending," attorney Mermelstein says.

Popular Homes Based on your last search 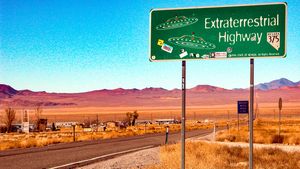 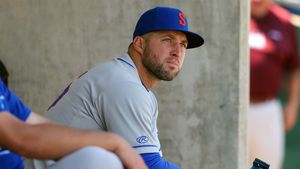 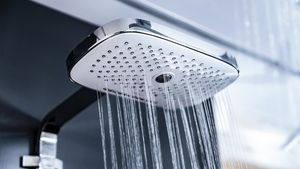 Your message is on its way.