My Interview with Herman Chan

A recent report from the National Association of Realtors (NAR) shows that foreign-resident buyers are closing on far fewer properties in the last year by a percentage of 21%. To better understand this phenomenon, I was fortunate enough to sit down with Herman Chan for an interview.

Chan first made his name as the number one real estate agent at Sotheby International. Over the years, Chan brokered over half a billion worth of property, one-third of which was related to foreign business. In our meeting, we discussed recent trends, domestic and international buyer differences, and the role of tech and cryptocurrencies in the future of the real estate.

Q: Why Are Foreign Buyers Disappearing from Real Estate?

Herman Chan: “Although my clients are all over the world, Australia, Canada, Europe, my main foreign market is China. My family is Chinese, and I speak the language, so it comes naturally. There are a few reasons why foreign buying is down. Let’s take China. There is an economic slowdown, U.S. and China sanctions, and of course, the regulations on the amount of capital that could flow out of the country. I believe it’s 50k a year or something. Before, there was a workaround with Hong Kong, which is a little loose with their regulations. But even that got cramped out.”

Q: Is Bitcoin a Method to Avoid Regulations like This in the Future?﻿

Herman Chan: “Possibly. It would be a great way to get money out. It’s great; it’s decentralized. However, regulations would be a big issue. And, China is not friendly with crypto. ICOs got banned back in 2017. Crypto mining got recently outlawed. So, still, the challenge will be in regulation. There is a chance that institutional investors adopt cryptocurrencies. But, when they do, they bring institutional regulations. That’s what happens with everything.”

Q: Has Anyone Offered You Bitcoin or Cryptocurrencies for Properties?﻿

Herman Chan: “Yes, I did have an offer from a buyer in cryptocurrencies. It was some top guy from Ethereum. He liked the house and submitted his offer. However, the seller had three other offers that were in USD. So, the seller decided to play it safe and accepted regular USD offer. Maybe, if there were no other offers, he would be open to accepting crypto. But, in the current situation, he was hesitant to try it out. On the other hand, I had a seller who was techy enough to accept cryptocurrencies, but there were no buyers with that. So, the stars need to be aligned when the buyer is willing to pay in cryptocurrency and the [seller] feels comfortable to accept it.”

Q: What’s the Difference Between Foreign Buyers and Domestic Buyers?

At this point, Herman pointed out a few key factors to me regarding foreign buyers. For example, Chinese buyers are traditionally less sentimental about their purchases. Often, they don’t even physically check the property. Domestic buyers, on the other hand, would come and check the property upwards of ten times before finally making a decision. I was also curious about how tech-savvy foreign buyers are compared to their domestic counterparts, on which Herman responded with the following:

Herman Chan: “Being tech-savvy is not necessarily about being from here or overseas; it’s generational. With millennials – they do expect you to be native with tech. I’ve had a buyer recently who was [kind of] testing me [on] how well I’m familiar with tech: Can we do a call on Zoom? Let’s talk on WeChat, and so on. So, you need to know the platforms that your clients are using, and speak their language.”

Q: What Do the Agents of the Future Look Like?

Of course, I couldn’t pass up the opportunity to ask Herman about his thoughts on technology’s influence on real estate, specifically the ever-changing role of today’s agents. Out of everything we discussed that day, this topic came out as the most emotional, with good reason; the traditional role of a real estate agent has been under threat from a variety of different directions. There is pressure from the “iBuyer” sites like Opendoor, Zillow, and Keller Williams. Furthermore, there is a class action lawsuit against the NAR.

On the topic, Herman had this to say:

Herman Chan: “Real estate is the single biggest financial transaction in most peoples’ lifetime[s]. And, you don’t want to mess around with it. I see real estate agents be more like consultants who make sure everything is compliant and legal. Especially in California, agents have more obligations. Tech and innovations are amazing. But, imagine going to a court with an AI attorney, for example. If you don’t have a professional representative on your side, you are screwed.”

Sidenote: Agents in East Coast don’t handle the legal part of the transaction at all. It is something that the attorney handles. However, in California, agents deal with legal documents.

For the real estate agents out there panicking right now, don’t worry. The role of the agent is here to stay. However, it’s evolving, and agents need to adapt. While technology brings a lot of benefits to real estate, it also opens up buyers and sellers to new and advanced risks. Agents need to be aware of these risks so that they can protect their customers. Some agent tasks are becoming automated and obsolete, while others are just now arising. As technology opens up the doors to a globalized economy, agents must learn to accommodate foreign buyers and speak their languages (both metaphorically and literally).

At the beginning of our talk, Herman told me he was not an expert on Bitcoin, blockchain, or cryptocurrencies. However, I was very impressed with his knowledge on these topics. In fact, Herman was even a moderator on a recent panel on blockchain that was organized by Deloitte.

Herman Chan did admit that there was a large difference between the utopian vision of blockchain evangelists and real-world applications. Herman likened it to the Internet in the 1990s. Back then, there was a lot of speculation about it, but it was still far from worldwide adoption. Blockchain is now experiencing a similar path. It’s still in the early adoption stage, but case by case, it will soon dominate the world, just like the Internet eventually did. 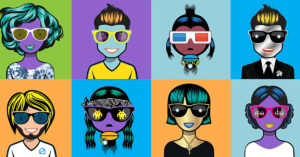 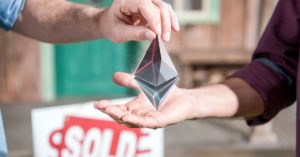 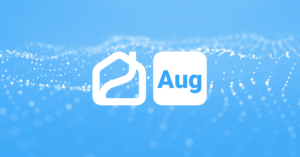 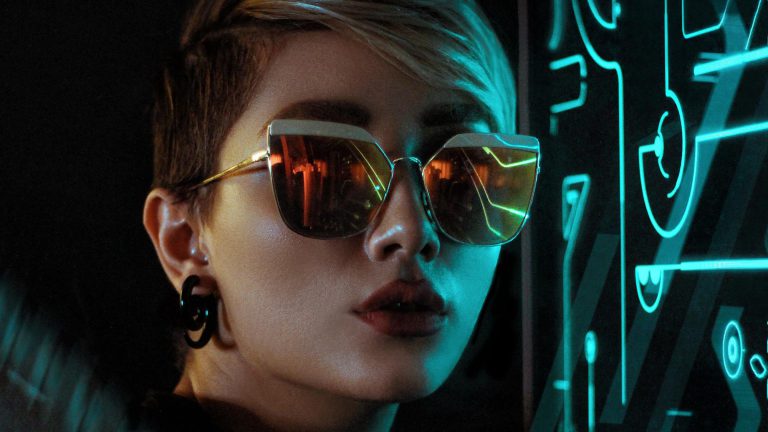 Fractional ownership is an exciting alternative to buying a house solo. For many, it is a way to enjoy a